Located across from Hawaii Kai Marina and on the west side of Koko Head, you’ll find three small quiet neighborhoods of Portlock, Koko Kai and Triangle. This upscale and pleasant community consists of oceanfront estates sprawling throughout the beach and elevated homes on the hills above, featuring sweeping ocean and Diamond Head views.

Most folks commonly call this entire area Portlock, but Portlock itself is actually one of three distinctive sections of this Hawaii Kai community. The neighborhoods are close-knit and blend seamlessly, which is why there’s a common misconception regarding the name.

Portlock is a flat residential area by the sandy beach made up of luxury homes ranging from $3 to $10 million. It is named after Nathaniel Portlock, who was a member of Captain Cook’s crew for his last voyage. He became the first European to sail into Maunalua Bay. The Portlock lots range from 11,000 square feet to more than one acre – the neighborhood is one of the most coved real-estate on the island. The water surrounding this area is calm and you get a sense of tranquility while soaking in the calm ocean views. Most locals know Portlock to be the residence of Henry Kaiser, who was responsible for developing Hawaii Kai Marina and its surrounding neighborhoods. 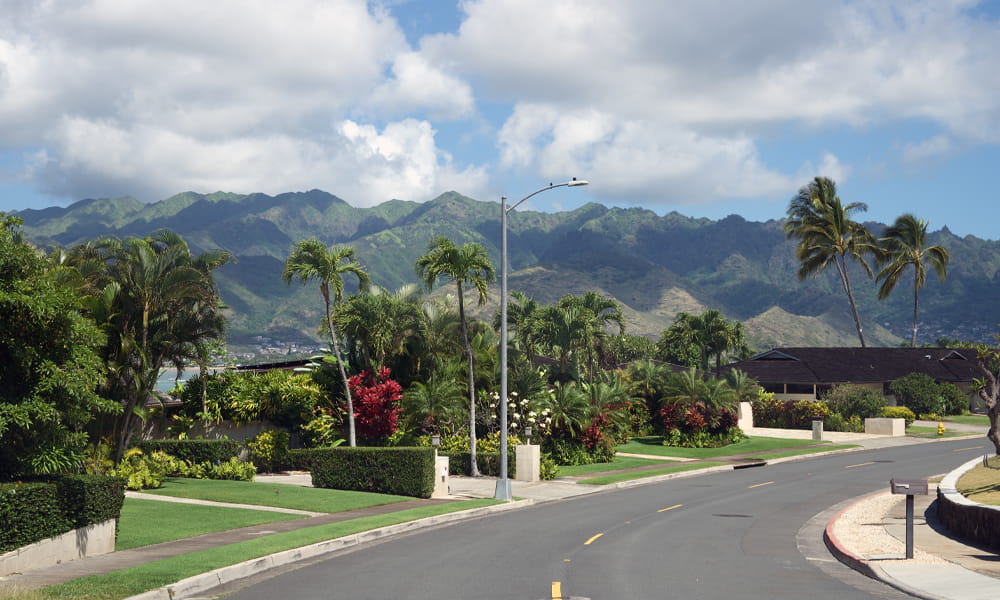 Koko Kai, on the other hand, is an area located by the cliffside that extends nearly a mile towards the ocean. There are about 130 homes here, ranging from $5 to $12 million and they lean more grandiose with luxurious pools, tennis courts, security gates and dramatic ocean views. Imagine relaxing with your morning coffee and seeing whales and dolphins frolicking in the distance from your window – that’s hard to beat!

Triangle has about 300 more “affordable” homes in the neighborhood and ranges from $1.5 to $3 million, with family-style homes at about 2,500 square feet in size. Each property is typically about 3 to 4 bedrooms and isn’t as luxurious as the homes in Portlock and Koko Kai. 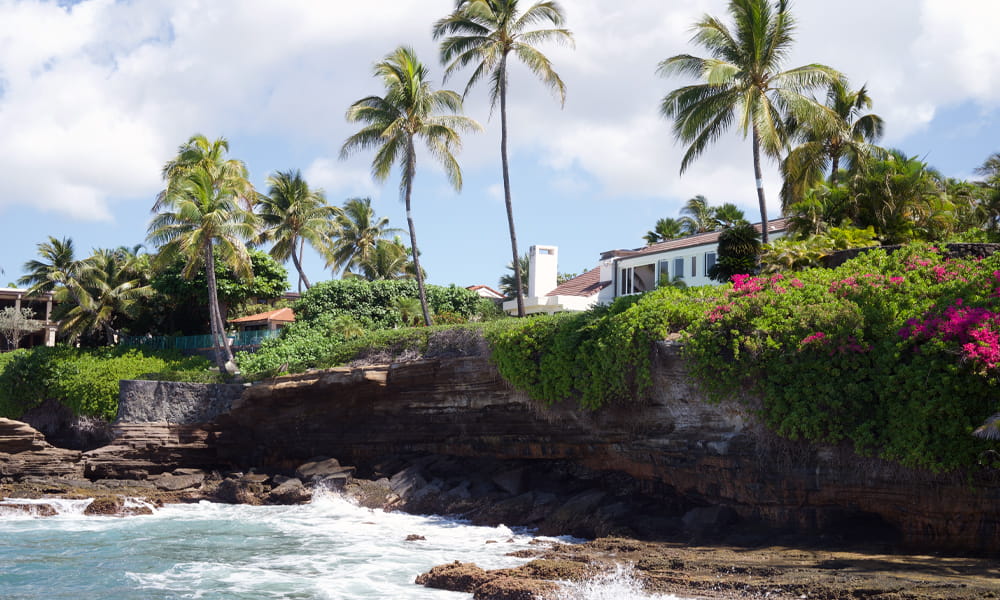 The neighborhood is close to all the conveniences offered at Hawaii Kai, including Costco, marina restaurants, movie theatres, grocery stores, coffee shops, and much more. With Koko Marina Center nearby, it’s easy to run errands or meet up with a friend for coffee, whether it’s via car or by hopping onto a boat – you can rent a boat slip at the marina. Kaiser High School, Koko Head Elementary School, and Aina Haina Elementary School are all within close driving distance. For folks who enjoy snorkeling, Hanauma Bay is a treasured neighborhood spot. Residents can enjoy the Koko Kai Mini Beach Park, a grassy area between houses that’s perfect for sunset picnics, and the famous China Walls, a popular local rock jumping, swimming, and surfing spot.

78' linear feet fronting the Ocean in luxurious Portlock neighborhood: for a) it's Offshore winds (minimal salt spray/maintenance) and b) mostly sunny weather! Enjoy the ...

Must see!!! Remodeled home with 7 bedrooms, 5 and a half baths and separate 700 sq. ft. rec room. This home features beautiful sunsets, Diamond Head, ocean and mountain ...

COMPLETE REBUILD IN 2017, POOL IN 2020. Enjoy beach life at its finest in this recently rebuilt beachside home in Portlock. Beautiful coastal design with a private right-...

Rare opportunity for a view home with a useable front yard and room for expansion in the rear. Wonderful one level home with ocean and sunset views...and absolutely gorge...

This alluring oceanfront estate is located in the prestigious Portlock area. The extra-large property of 30,886 sqft is a combination of 2 lots extending from the street ...

As you enter the inviting foyer of "Poipu Oceanview Estate" you take in all the warm, rich elements of wood, stone, steel, water, and glass to see the opulence of the pal...

Based on information from the Multiple Listing Service of Hicentral MLS, Ltd. Listings last updated on . Information is deemed reliable but not guaranteed. Copyright: 2022 by HiCentral MLS, Ltd. IDX information is provided exclusively for consumers' personal, non-commercial use. It may not be used for any purpose other than to identify prospective properties consumers may be interested in purchasing.